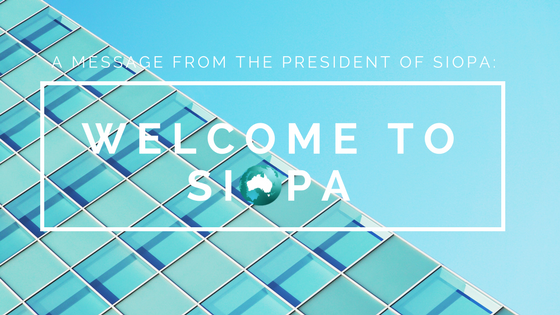 “Everything a leader does matters”

This quote by Andy Buck, author of five books on leadership, is the epitome of why SIOPA was founded and what continues to drive SIOPA. The Society was founded by myself and Dr Alice Burston, Vice President, because we identified gaps in how Organisational Psychologists and professionals working in this discipline of psychology were being represented within Australia. We perceived a need to contribute a strong, independent voice to the existing conversation and advocate on behalf of our profession about issues affecting the field of Organisational Psychology.

Ali and I are very thrilled to be launching SIOPA only after a mere 9 months from when the idea was first conceived during a quick conversation one sunny afternoon in May 2016. This idea quickly grew momentum and flourished into what we now know as SIOPA. We could not have achieved this without the support and efforts of the key people on SIOPA’s Board and Committee.

With the support of members, SIOPA will be a strong leader and voice for the Organisational Psychology community in Australia.

SIOPA’s head office is based in Western Australia. SIOPA will be establishing state based committees in the near future. This is a very exciting time for Organisational Psychology in Australia. I hope you will join us on the journey.